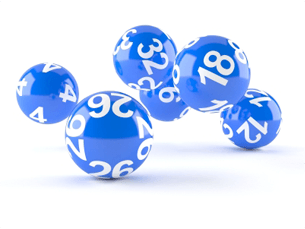 Operating in excess of 20 years, TMS has serviced more than 500,000 customers in over 40 countries to date. TMS distributes lottery products worldwide via mail-order, as a direct lottery service partner for a number of Asian and South Pacific nations and its industry leading website www.Australia4D.com

In late 1930, the newly elected State Government, led by Jack Lang, decided the only course of action to solve the critical funding situation in the States Hospitals was to start a State Lottery.

This was during the Great Depression when money was as scarce as jobs. Unemployment was nearly 30 per cent and queues of jobless people outside soup kitchens were a common sight. Poverty was increasing the sickness rate and authorities feared that hospitals would not be able to cope if further outbreaks such as the 1919 'flu epidemic occurred.

The announcement of a State Lottery created a political storm and was denounced by the Churches and the Opposition. Condemnation of the Lottery included comments such as, "Lotteries are evil and degrading" and that "It is going to demoralise the youth of our State".

Premier Lang told the Council of Churches that a State Lottery was no more appealing to him than it was to them but the reality was that unless money could be found some hospitals would have to close their doors.

The Lotteries Act was proclaimed on 22 June, 1931. Mr W.H.Whiddon, the former Commissioner of Taxation in NSW, was appointed the first Director of State Lotteries.

AUGUST: The pavements were filled as people queued outside the State Lottery Office to enter the first lottery.

HER MAJESTY'S THEATRE IN PITT ST WAS HIRED FOR THE DRAW OF THE FIRST LOTTERY. Inside the enormous Lottery Barrel were 100,000 wooden marbles. Joseph Lamaro, the Attorney-General, dipped the long scoop, which could only hold one marble, into the barrel and drew out the first prize marble.

"In the huge barrel on the stage, as in Pandora's box, rested their hope of winning one or more if they were especially fortunate of the 814 Prizes, ranging from £5,000 To £5. For the vast majority, however the drawing was more conspicuous for its doomed hopes than its excitation.

On the 20 th August, 1931, the first state lottery was drawn and a dream came true for Eileen Morton, a Manly housewife. A week or so earlier she had taken the ferry to the city and joined the end of the queue that stretched for three blocks so she could buy a ticket in the Lottery. Mrs Morton won the first prize of £5000 with a ticket she shared with her grandmother. With the prize money, Mrs Morton and her husband, Jim, built a house- and had enough left over to take a cruise to Fiji."

FEBRUARY/MARCH: Three lotteries, with tickets costing one guinea each ($2.10) and a first prize of £20,000 ($40,000), were introduced to mark the opening of the Sydney Harbour Bridges

MAY: NSW Lotteries begins operating the Pools in NSW.

JULY: The biggest prize ever won in an Australian Draw Lottery was $13.7 million in the $2 Jackpot Lottery.

DECEMBER: The biggest prize ever won in NSW, a $30 million Powerball jackpot. The entry was bought in Yamba on the North Coast of NSW.

APRIL: An extra (45th) ball was added to Monday and Wednesday Lotto bringing it into line with the same game matrix for Saturday Lotto, 6 from 45.

Cash Roll Down was introduced to Monday and Wednesday Lotto which doubles the prize amounts in Divisions 2 to 5 when there are no prize winners in Division 1.

Lotto Strike was added to Saturday Lotto, making it available for all three Lotto draws held Monday, Wednesday and Saturday.

SEPTEMBER: The $2 Jackpot Lottery was won at a record of $16.025 million on 5 September, in draw 9114. The jackpot was won by a pensioner from the Illawarra region.

b[JUNE: ]OZ Lotto broke all previous records when it jackpotted to the biggest ever advertised first division prize offered in Australia, $90 million for the 30 June draw.

The incredible $90 million OZ Lotto jackpot prize increased to $106.5 million as a result of strong sales. It is estimated that one in every two Australian adults purchased a ticket for the draw.

The $106.5 million OZ Lotto jackpot was shared by two winning tickets. One belonged to a couple in Queensland’s Gold Coast and the second to a man from Adelaide’s western suburbs

JULY: Powerball offered an $80 million jackpot prize for the 30 July draw. This represented the biggest jackpot ever offered in Powerball.

The massive prize was shared between a woman from Western Sydney and the owner of a ticket sold by the Victorian-based lottery operator Tattersall’s, each winning $40 million.

The NSW winner instantly became the record-holder as the winner of the biggest ever prize in NSW.

OCTOBER: A new record of $16.21 million was set in the $2 Lottery Jackpot Lottery following draw 9362 on Friday 2 October.

The jackpot run, which had been building for over eight months, was won on 6 October at $16.32 million in draw 9364. The anonymous winner purchased their entry in Newcastle.